/ Carousel / History / Travel in style on a steamer

Travel in style on a steamer 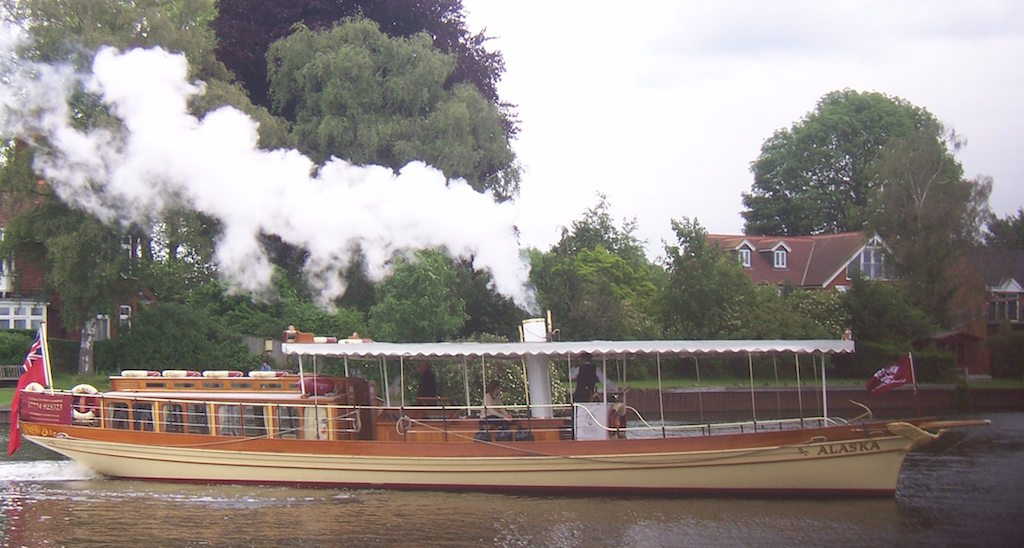 The steam launch Alaska has been beautifully restored and is still offering trips on the Thames during the summer. She is now owned by Thames Steamers Ltd.

IF YOU don’t own a boat, then for many people their only experience of getting out on the Thames is by taking a trip on a passenger launch.

The heyday of the Thames passenger launches was during the latter part of the 19th century and the early years of the 20th, when the Victorians and Edwardians crowded their way aboard boats run by firms like Salters and French Brothers to take trips from Oxford, Maidenhead and Windsor down to Staines, Hampton Court, Kingston and, on occasions, as far as Westminster.

I’ve written several times recently about my own experiences growing up near Richmond and travelling aboard launches running up to Hampton Court – and those memories seem to have chimed with a number of readers who have their own recollections about the Thames passenger launches.

Doug Millsom from Weybridge tells me that he remembers as a boy taking a trip aboard a Salters launch that regularly used to call at the old steamer steps on the Weybridge bank of the Thames.

He said: “We used to watch the boats arrive to pick up passengers there and then turn in the weir stream just below Shepperton Lock.

“They’d go into the lock, heading upstream towards Windsor and pick up another load of passengers from the Shepperton side of the river before setting off.

“I remember taking a trip with my mum and dad aboard one of those boats and just loving every minute of it – I can only have been 10 or 11 at the time but those kind of memories stay with you.”

Doug reminded me that many of the Salter Brothers boats were named after towns on the Thames – Sonning, Reading, Henley, Mapledurham, Oxford etc.

And it’s a tribute to that company that it still operates boat trips on the Thames more than 150 years after it first started to trade in 1858.

Actually, Salters was originally a boat-building business based at Folly Bridge in Oxford but the potential for profit from offering trips on the Thames persuaded the three brothers to commence regular passenger services between Oxford and Kingston using the steam-powered launch ‘Alaska’.

From that small beginning, the company grew rapidly, operating a substantial fleet of boats that cruised the Thames, taking tens of thousands of people out on the river every year.

‘Alaska’, built in 1883, is still operating under the flag of Thames Steamers Ltd based in Marlow and if you get the opportunity to travel aboard her, I’d urge you to grab it. She has been beautifully restored and you could almost imagine yourself back in Victorian times as you step aboard. 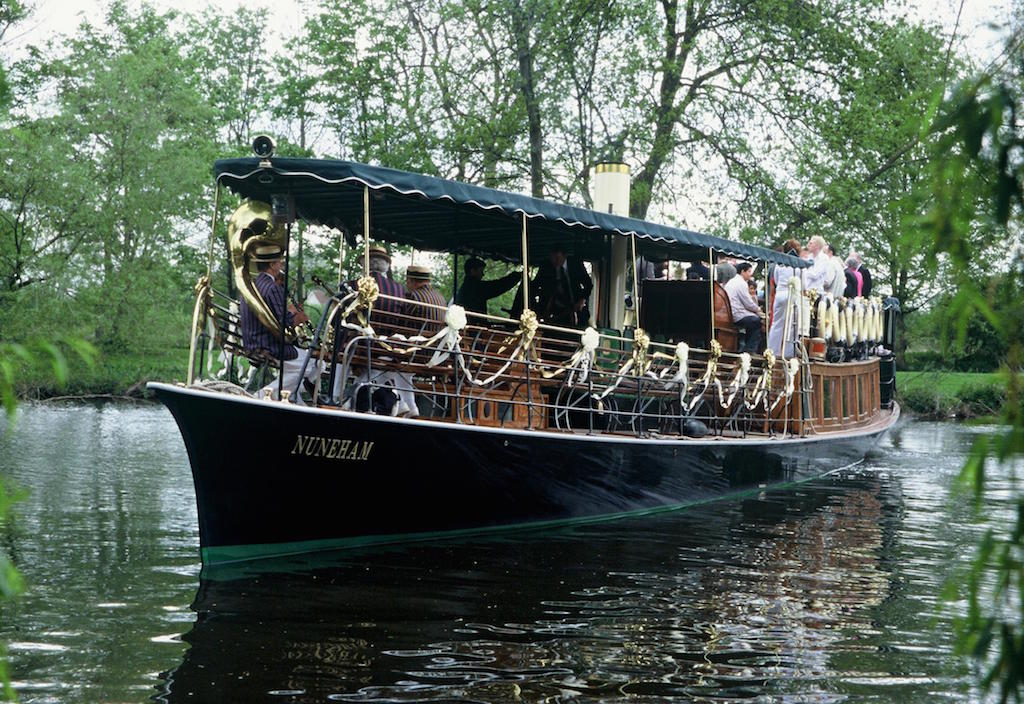 Nuneham is another of the original Salters steam launches that has been sympathetically restored. She is now owned by French Brothers.

Nuneham, too, has been sympathetically restored and re-equipped with a steam engine.

French Brothers operate services between Windsor and Hampton Court through the summer months along with private charters.

My old mate Barry Dix occasionally used to time his departure from the Herald and News office in Chertsey so that he could arrive at Chertsey Lock in time to grab a ride aboard one of the French launches back to his home near Penton Hook Lock.