/ Nature / Small problem with a lot of mussel…

Small problem with a lot of mussel…

You probably wouldn’t think a small shellfish would be much to worry about in the great scheme of things – but then you might not ever have heard of the quagga mussel and the impact it can have when it gets into a waterway. 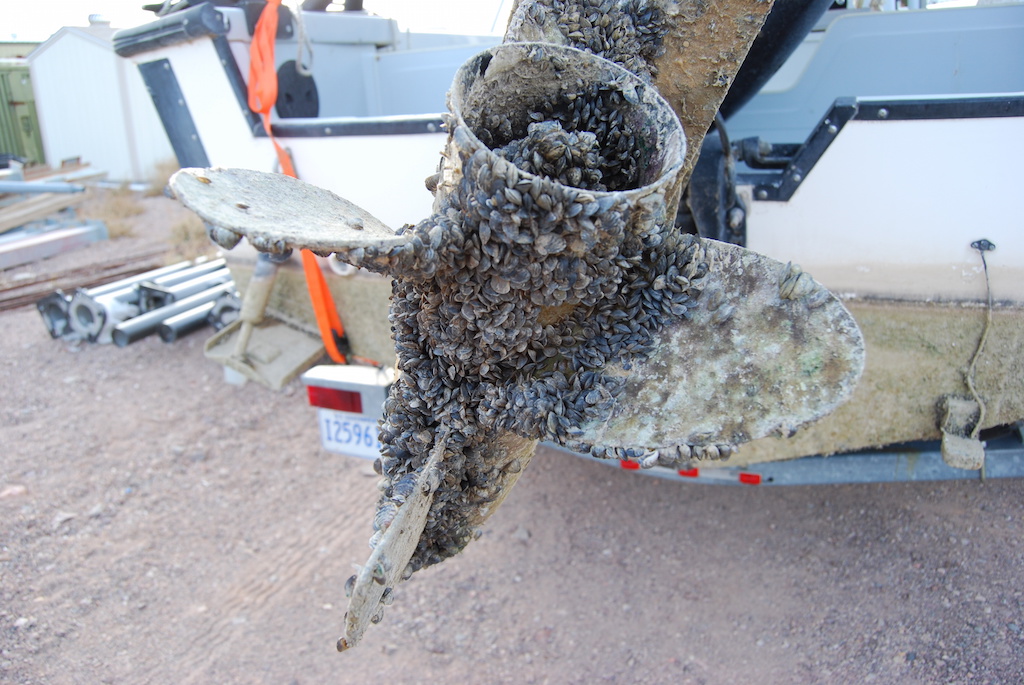 YOU probably wouldn’t think a small shellfish would be much to worry about in the great scheme of things – but then you might not ever have heard of the quagga mussel and the impact it can have when it gets into a waterway.

And Government agencies are warning that we must try to prevent it entering the Thames itself because of the havoc it can wreak.

Quagga mussels, which grow to around 4cm in size, originate from the Ukraine and their biggest threat is that they breed incredibly prolifically and can block water pipes and encrust anything they come into contact with.

The mussels were originally found in the Black and Caspian Seas but they have migrated across the whole of Europe through the canal and river systems that criss-cross the continent.

They have also been introduced into North America by ships discharging their ballast water into the Great Lakes – and thus spreading the larvae.

They form huge colonies and attach themselves to any hard surface and right now engineers at Lake Mead in Colorado are trying to find a way to prevent the creatures from coming into contact with the turbines on the Hoover Dam, which supplies electricity to Las Vegas.

Quaggas not only block water pipes, boat engines and attach themselves to the hulls of boats in vast numbers but they also affect the quality of the water.

The Wildfowl and Wetlands Trust, which runs the centre in Barnes says that the mussels could have a devastating impact on the wildlife and ecology of the site.

The Department for Environment, Food and Rural Affairs (Defra) says it will do everything it can to prevent the pests from spreading further but the bottom line is that there is currently no way of eradicating the creatures.

Boat owners who use trailers are being urged to make sure that they wash off their boats, equipment, trailers and clothing before removing their craft from the Thames to try to ensure that they are not transporting the larvae to other areas.

But if the bivalves have already got into the Thames, it’s probably already too late for that.

Quagga mussels have distinctive light and dark brown stripes on their shells – if you see any of them, please contact the Centre for Ecology and Hydrology via the website www.brc.ac.uk/risc/alert.php?species=quagga_mussel.

I WROTE a few weeks back about the planned closures of Sunbury and Penton Hook locks over the winter so that the Environment Agency could carry out essential maintenance on both.

The dates for the closure of Sunbury New Lock remain unchanged – the work to replace the lock gates and refurbish the lock chamber is going on right now and will continue until its scheduled end on December 19.

But work to replace the pintles on the lock gates at Penton Hook Lock has been put back until after Christmas – starting on January 5 and running until February 28.