/ Carousel / Recent developments / Who will toil for Belle?

Who will toil for Belle?

Firstly, thanks for all the kind messages regarding my impending move to the East Coast. It’s much appreciated and I’m delighted that so many people enjoy Riverwatch – I hope I’ll be able to keep it going. 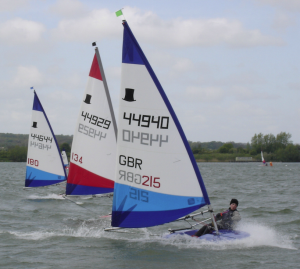 Time to get out on the water again, says Desborough Sailing Club’s Ross Archer.

FIRSTLY, thanks for all the kind messages regarding my impending move to the East Coast. It’s much appreciated and I’m delighted that so many people enjoy Riverwatch – I hope I’ll be able to keep it going.

Regular readers may remember an exchange of poems between Weybridge Sailing Club and Desborough Sailing Club, which raised a few smiles during our incredibly wet winter.

Well Ross Archer from Desborough has obviously got the rhyming bug big time because he’s now sent me another ode, which I’m sharing with you here:

After Christmas, January
Time of year that should be merry
Last year, there was wind and rain
Would it be the same again?

If you can but just remember
Trouble started in December
Rain came down and water rose
Would it stop? Well goodness knows

Once the dreadful weather started
Grey clouds came, and never parted
Storms came in from the Atlantic
People getting very frantic

Up and up the water came
Floods like last year, just the same
Trouble is, it got much worse
Can’t believe it, quite perverse

Waders were the clothes of choice
All the members with one voice
Would the water ever drop?
Would the rain just like to stop?

Answer, no, it kept on falling
Things becoming quite appalling
Thames was bursting all its banks
Did we want it? No, No thanks

Up and up and up some more
Higher than it was before
All saw pictures on the telly
River water, very smelly

My boat floating on its trailer
Whole new meaning, “trailer sailor”
On and on goes the bad weather
Reached the end of my short tether

Desborough members one and all
Say the worst that they recall
Water dropping now it seems
Back to river, drains and streams

What we must do, live and learn
This bad winter may return
Should just come, once a blue moon
Seems to come back far too soon

Get the boats all prim and proper
Vision, Terra even Topper
All get out upon the water
Makes good sense, you know you ought’a

Reminisce about the water
Was it p’rhaps the Devil’s Daughter?
If it was, then let us pray
‘Twill not rain St Swithin’s Day

Nice one, Ross – and a very good summary of the awful winter weather.

A week or two back I wrote about the impending fate of the Steam Launch Belle, originally built and used on the Thames in the last years of the 19th century and now blocked up on dry land beside a Hull marina looking for a new owner.

The present owner can’t afford to keep paying the £1,000 monthly fee to keep her there and basically she literally as a few days left before she’s broken up for scrap.

Several readers have written to me to say that it shouldn’t be allowed to happen but frankly unless someone is going to come up with the money to restore her, another part of our nautical heritage will disappear.

One idea that was put forward was to ask whether a company like French Brothers of Windsor would be interested in rescuing the Belle.

Certainly they have all the experience with classic wooden steamers but would they be willing to take on another vessel?

If anyone from French’s would like to get in touch, I’d love to hear what they think of the idea.