Regular readers of this column will know that I’ve been following the progress of the restoration work being undertaken on the paddle steamer Medway Queen and I thought it was about time to post an update. 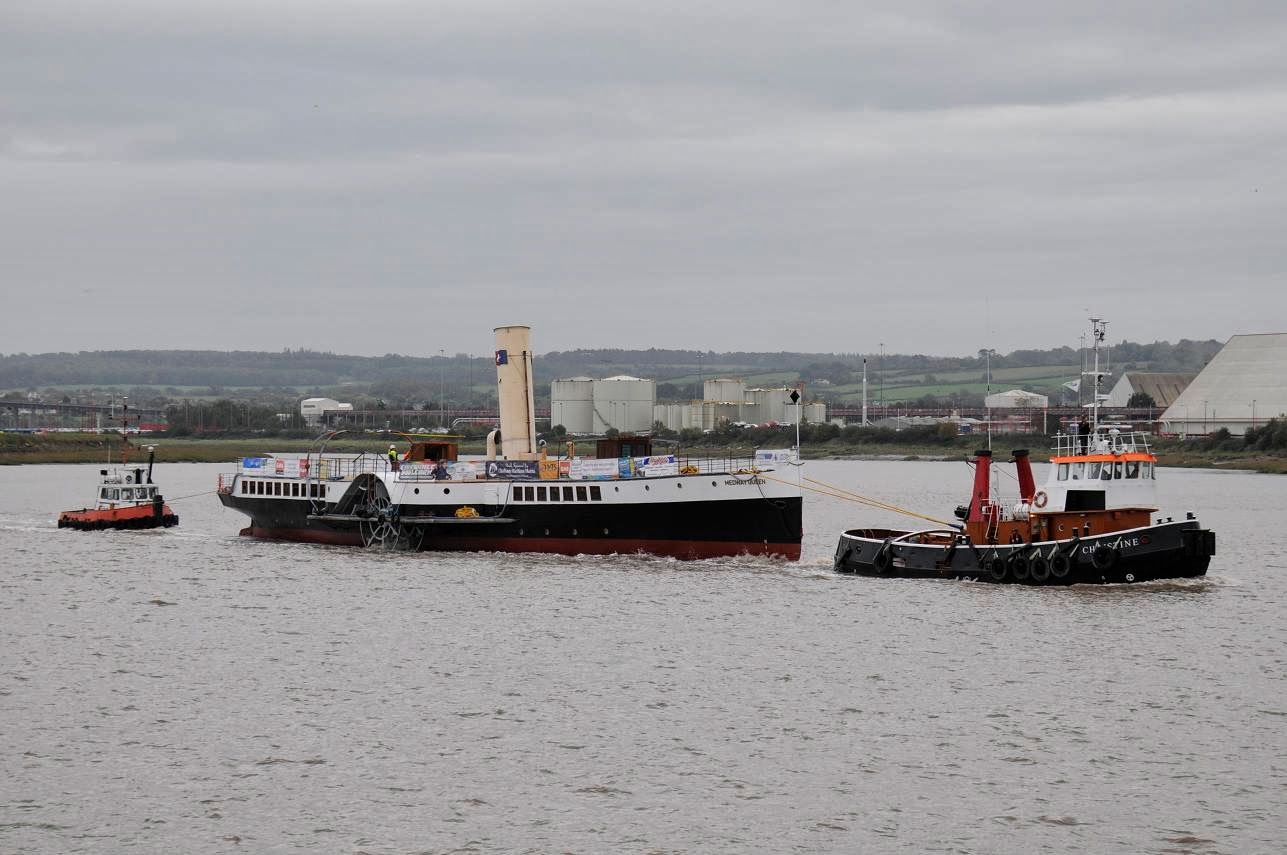 REGULAR readers of this column will know that I’ve been following the progress of the restoration work being undertaken on the paddle steamer Medway Queen and I thought it was about time to post an update.

The classic old paddler, originally built in 1924, has had a very mixed history.

She worked the east coast towns taking daytrippers from London up to Clacton, Walton and the like before being ‘called up’ by the Royal Navy during the Second World War and serving as HMS Medway Queen.

During her military service, she was among the famous little ships that rescued hundreds of thousands of allied troops from the beaches of Dunkirk.

After the war there was a risk she would be broken up but the Belgian ship breaker who was asked to do the job is said to have refused to break up the ‘Heroine of Dunkirk’ and she was saved.

The Friends of the Medway Queen group were formed in 1985 with the aim of preserving her and after many years, huge amounts of fund-raising and a prodigious amount of hard work, the old girl was transported to the Albion Docks in Bristol where she has been largely rebuilt.

She is now awaiting a tow back from Bristol to the Medway where there will still be a considerable amount of work to do before she is back in full working order.

The tow will be made by an ocean going tug, the Christine, and is expected to take around five days.

As I write this, the team are waiting for a window of good weather so she may well be on her way by the time you read this.

A tremendous effort by the Friends group who deserve all our thanks for helping to preserve this iconic old girl. Can’t wait to see her back in steam.

FOLLOWING on from my last column about the problem of boat owners not paying their licence fees and overstaying the allowed times on EA moorings, I’ve been contacted by a number of people also calling for the EA to take more action.

One of them, Sue Chambers, has repeatedly asked for action on the issue of mooring.

She said: “I’m fed up with not being able to moor at Shepperton by Lady Lyndsey’s Lawn among other places because of the number of boats who moor illegally. We keep complaining but nothing seems to happen.”

She pointed out that three boats were long over the 24-hour limit on the stretch of the river along the Walton towpath by St George’s College boat club. I suggested that she came along to the next River Users’ Group meeting to raise the issue with the EA but that was circumvented when Sue received a tweet from the Agency asking for more detail.

Lo and behold, two of the three boats were moved on by the EA – which is great. But as Sue then asked: “Where have they moved to? Back to Lady Lyndsey’s Lawn?”

It’s a fair question and the implication is quite clear: the EA may well move these guys on when the spotlight is on them but if they are simply shifting the problem from one stretch of the Thames to another, that’s hardly a lasting solution, is it?