/ Recent developments / Club together for love of the river

Club together for love of the river

There are some people you always enjoy visiting – and among those of my wife, Julie, and I are the lovely folk at Weybridge Sailing Club (WSC). 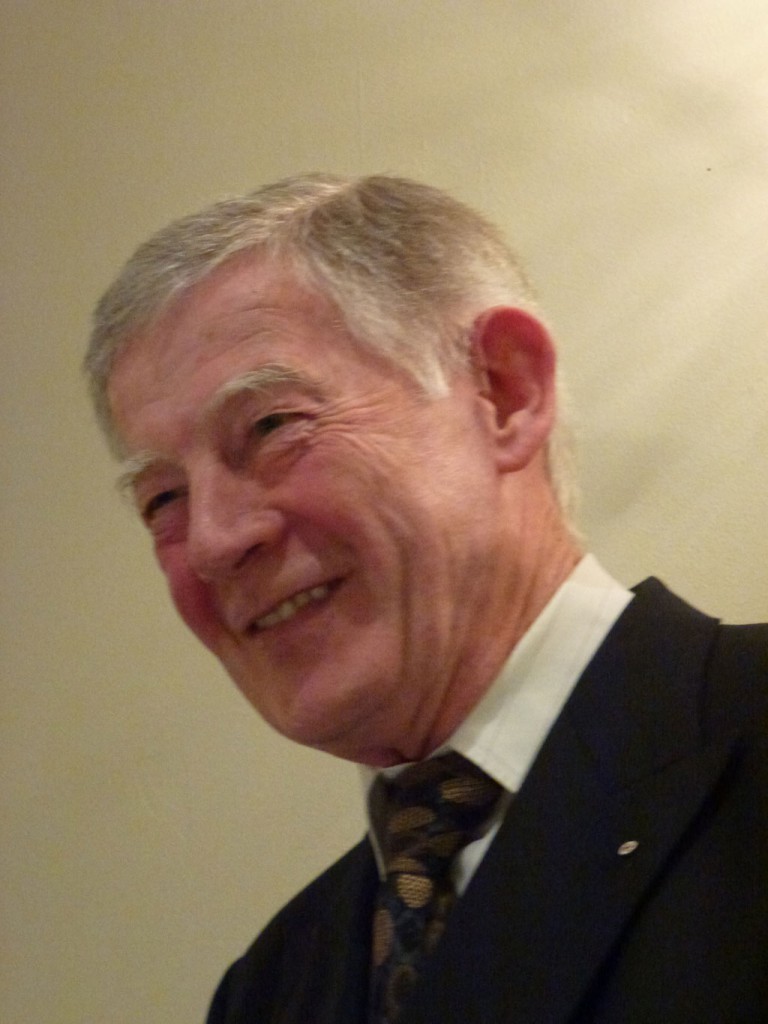 THERE are some people you always enjoy visiting – and among those of my wife, Julie, and I are the lovely folk at Weybridge Sailing Club (WSC).

The club, based down at Weybridge, celebrated its 50th anniversary in 2012 and one of the reasons for its longevity is that it is composed of such a friendly and straightforward group of enthusiasts.

There’s no side to them – they do what they do (mess about in boats of all shapes and sizes) because the love it and they want to make sure that everybody is having a great time.

So when charming Commodore Eric Matthews phoned me up and asked if Julie and I would like to be his guests at the club’s annual lunch on Sunday, it was a pleasure to accept.

WSC isn’t one of the biggest clubs on our stretch of the Thames. It’s not one of the most competitive or richest or flashiest but it treats sailing and boating as they should be treated – as fun pastimes that everyone can enjoy.

The total membership is just over 70 and the boats range from classic gaff-riggers to Mirror dinghies and virtually everything in between. 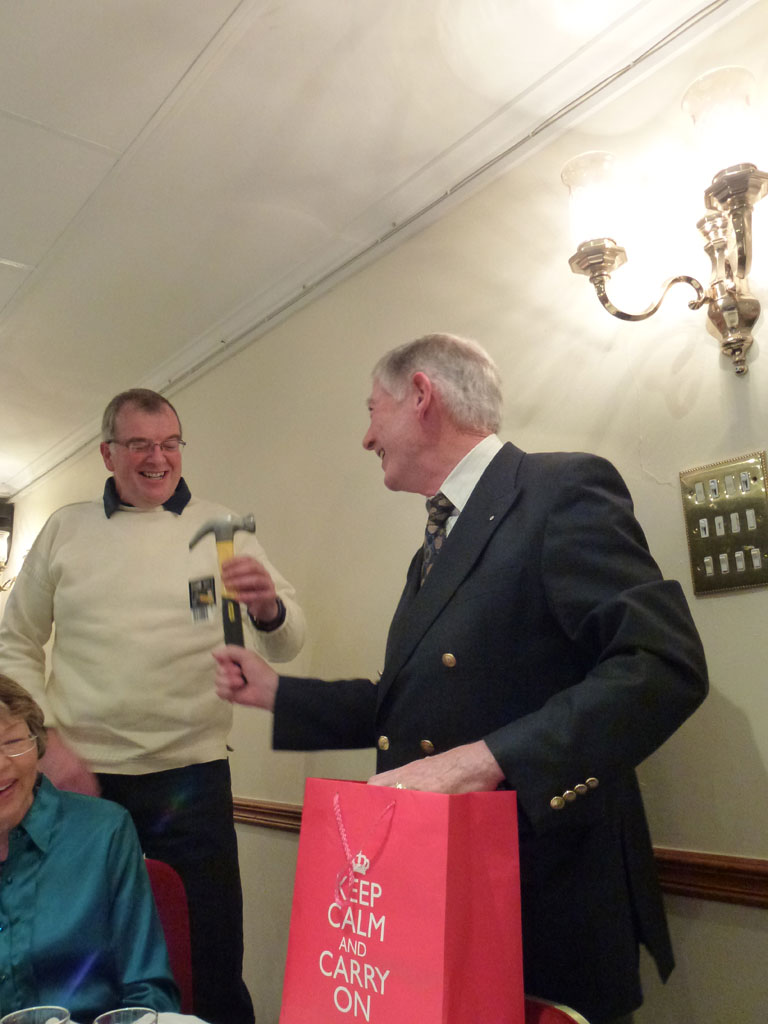 They’ve got members who like to row, some who like to mess about in kayaks and still others who wouldn’t even think of putting off from shore without an engine chugging away in the background – they are all inclusive and all the better for it.

The club lunch, served at the riverside Warren Lodge Hotel in Church Square, Shepperton, was delicious and the speeches and club reports afterwards were great fun.

But just when Julie and I thought proceedings were coming to an end, there were two delightful tailpieces.

Firstly, Neil and Sue Davy presented a wonderful updated version of Admiral Lord Nelson’s conversation on the deck of HMS Victory with Captain Hardy when it turned out that health and safety practitioners had outlawed smoking, drinking rum, climbing the rigging, firing guns and just about anything else you might have considered doing in the Nelsonian navy.

But the real piece de resistance was a recitation by club member Tim Carter who performed his own poem ‘The Oxford Cox’ – a tribute to Lord Desborough (he of the channel fame) and the Oxford boat race crew of 1877, which had the entire room in stitches and rightly received a standing ovation at its conclusion. 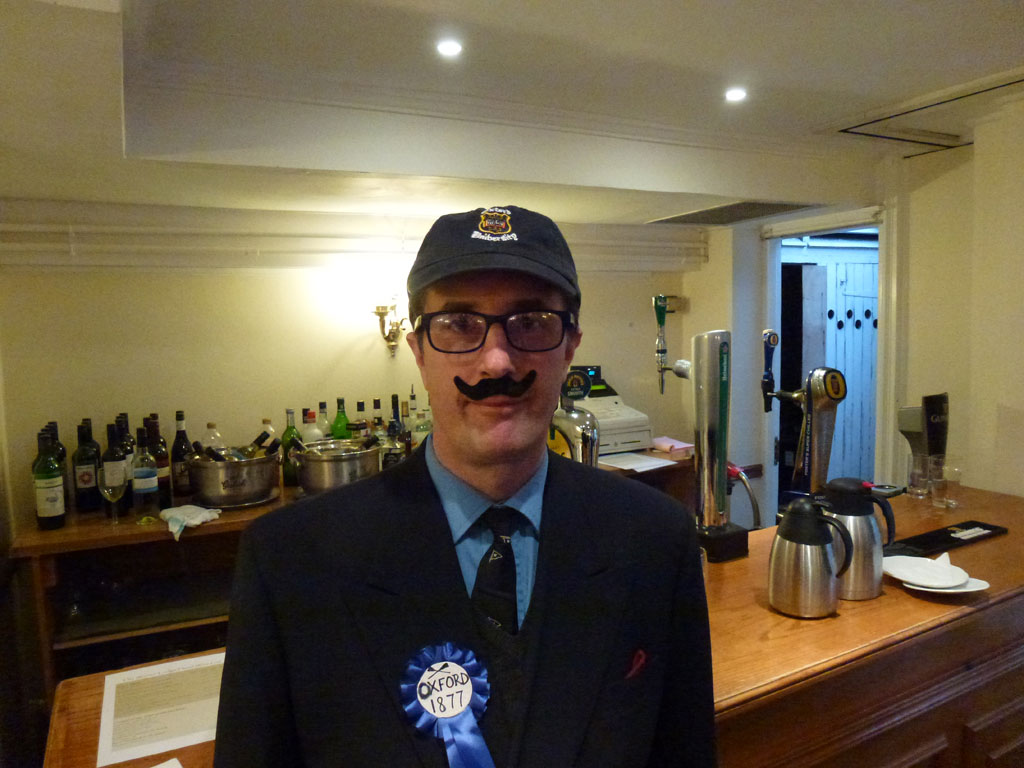 Tim tells me: “I started doing this a few years ago and I’ve been writing my own poems for the past five. I think when I do the next one, I might consider publishing them in a little book.”

No doubt about it, Tim, you have to share your talent with the wider world.

A couple of stanzas below will give readers a taster:

His behaviour was quite obscene;

And the wife of the Brasenose Dean.

The Oxford cox was a man named Brown,

He’d bring aboard the hampers.

He couldn’t steer the boat at all

But he’d ply the crew with champers!

I’m sure you get the drift… In closing, all I can say is that if you want to have some fun on the water with a great bunch of people, send an email for more information to WSC club secretary Phil Gray at philgray99@aol.com.