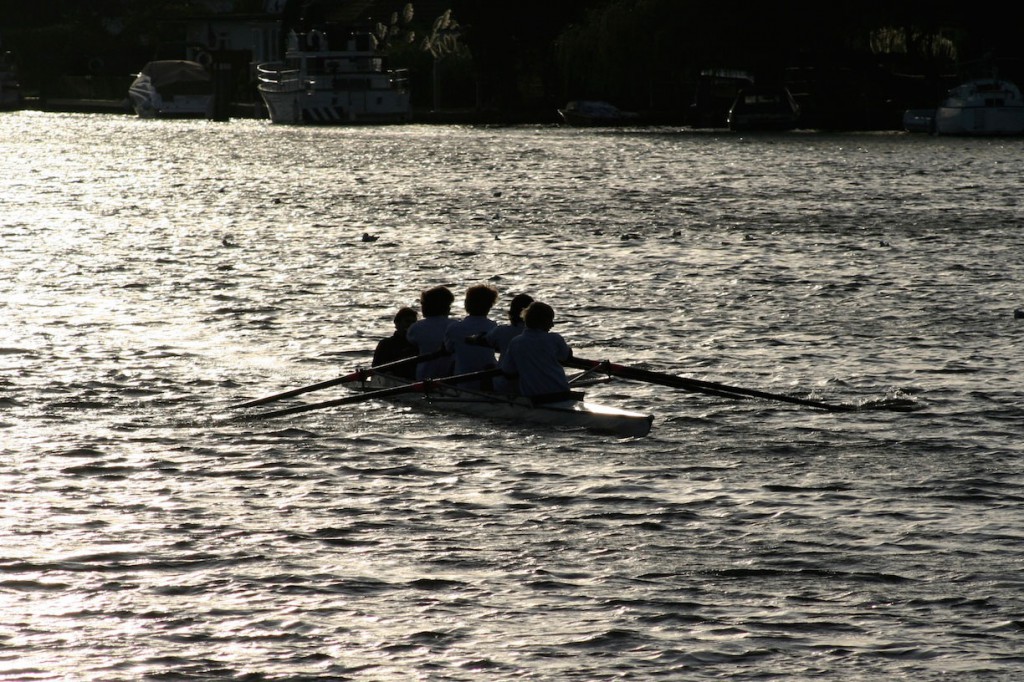 This four was out on the water when the conditions were perfect – but what possesses some clubs to send youngsters out when the locks are displaying red boards?

I WAS chatting to one of the guys at the boatyard where we keep Terra Nova this weekend and I happened to mention that I’d not seen the Thames flowing as fast as it is at the moment for some time.

He then told me the story about a young canoeist who had paddled his way under Walton Bridge heading upstream against the strong current and promptly managed to capsize right by the yard slipway.

Fortunately for the lad, yard staff pulled him from the water, retrieved his canoe and quickly got him into the chandlery to warm him up and give him some dry clothes to wear.

Astonishingly, around 15 minutes later, a safety boat from his club showed up, moaned at the youngster for getting into trouble, told him to put his wet clothes back on and put him back in the canoe so he could paddle it back to the club.

As all this was going on, boatyard staff were reminding the guy from the safety boat that the Environment Agency had red boards out on all the locks in the area – which simply means, don’t go out on the river – particularly if you are not in a powered craft. The appeals clearly fell on deaf ears.

Now I don’t know which club was involved but what kind of lunatics will tell young river users that it’s okay to go out in a canoe – without a safety boat in close attendance – when the river is clearly unsafe?

The EA use the red and yellow board system at locks to keep river users informed about conditions – and red quite simply means dangerous.

Does someone have to get killed or seriously hurt before this stops? And do the parents of these youngsters have any idea of the kind of danger they are being put in?

SO the moment has arrived when the arches that will support the roadway under the new Walton Bridge are being lifted into place. Having watched as the construction work proceeds, it’s clear that the new span will be a stunning addition to the local river scene.

The roadway will be around two metres higher than the existing crossings and the supporting arches will provide an impressive sweep across the water.

MY thanks to Martin Meredith who got in touch with me this week to tell me a little more about the history of D’Oyly Carte Island at Weybridge. It turns out his parents actually owned the island in the 1960s and were responsible for building the bridge that connects it to the riverbank. I’m going to meet up with Martin in the near future to get more details, which I’ll then share with you.