One of my colleagues recently decided to swim in the Thames to raise money for charity and she bravely navigated the river all the way from Hampton Court to Kingston Bridge in just over an hour and three-quarters which was good going. 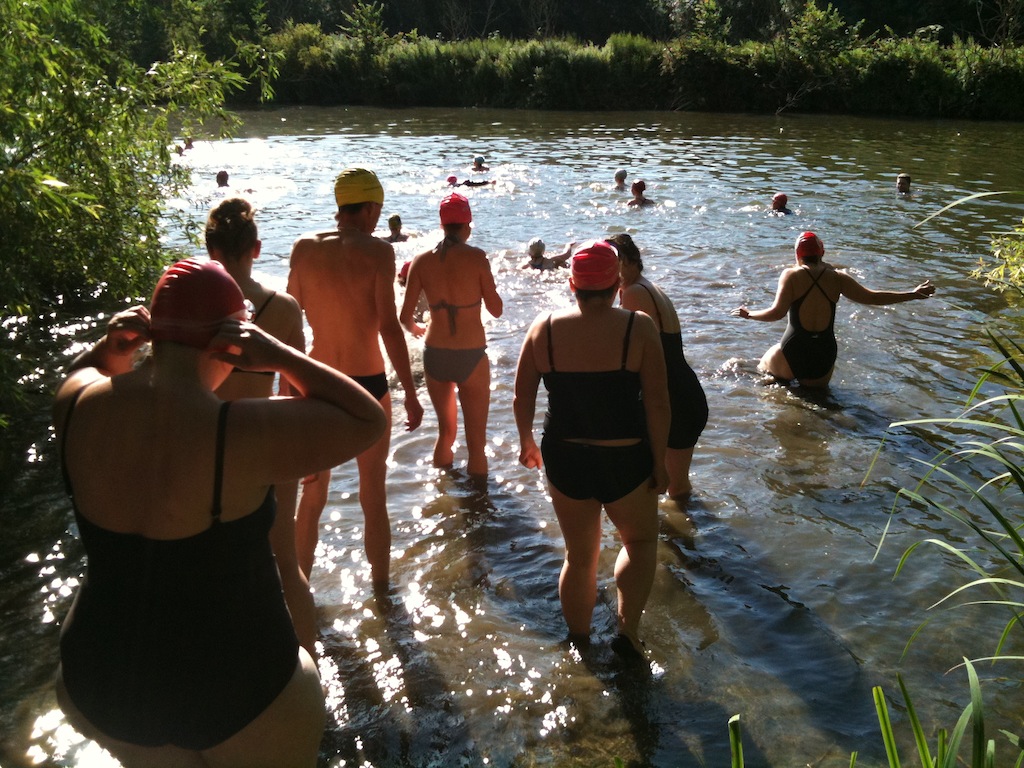 GOING FOR A DIP: People going for a swim in the Thames is an increasingly common sight these days, but it wasn’t always so. (Photo courtesy of the Outdoor Swimming Society)

ONE of my colleagues recently decided to swim in the Thames to raise money for charity and she bravely navigated the river all the way from Hampton Court to Kingston Bridge in just over an hour and three-quarters which was good going.

Nowadays, with so called wild swimming becoming an ever more popular sport, nobody bats an eyelid at the thought of jumping into the river and going for a good long swim.

But it wasn’t that long ago that very few people actually knew how to swim and anyone being foolhardy enough to leap into the Thames was just as likely to drown as they were to swim to safety.

Take a look at past editions of the Herald & News dating back to the early part of the 20th century and it is amazing to count the number of stories telling tragic tales of people dying as a result of boating accidents, drunken tomfoolery and simple bad luck.

And the main reason for that is that until the 1920s and 30s when construction of a number of lidos began, there were precious few public swimming baths and hence very few places in which you could learn to swim.

So when my old mate Doug Millson contacted me a couple of weeks back to ask whether I could write a piece about the old bathing cubicles that he remembered from his childhood which used to be dotted along the banks of the Thames, I suspected that it might jog a few memories and I wasn’t wrong.

Peter King has lived in and around Weybridge all his life, being born there in 1931. And he has fond memories of the bathing shack near Desborough Island and of the council employee who used to supervise the youngsters who used it.

Peter said: “I remember him very well – his name was Steve Covey and he lived in Radnor Road just close by.

“I remember walking down from St James School where I used to go with my swimming costume all wrapped up in a towel under my arm with all the other kids – it must have been in the late 1930s and early 1940s.

“Steve Covey taught me – and hundreds of other kids – how to swim. There was a little wooden platform built out from the bank that he used to walk along.

“He had a long pole with a webbing harness attached by a piece of rope. He’d strap each kid into the harness and then walk along holding them up by the pole and the rope while we splashed about and learned how to keep ourselves afloat. We were only doing the dog paddle to start with but we certainly learned how to swim that way and after that we just loved it. We used to spend hours in the Thames.”

Like Doug, Peter remembers the pair of brothers – Bob and Ron Smith – who used to dive off the bridge connecting Desborough Island to the towpath.

Peter tells me that he has tried to trace the whereabouts of Ron Smith, who he knows was living in Weybridge after the Second World War, but without success. Can anyone help by telling him whether Ron is still around and, if so, where he’s living these days?