Ron Stevens has contacted me from his home in Ashford to pass on a lovely story based on a would-be angling trip he experienced in 1942 whilst he was working as a Corporal Vehicle Mechanic serving with the Royal Army Service Corps in Feltham. 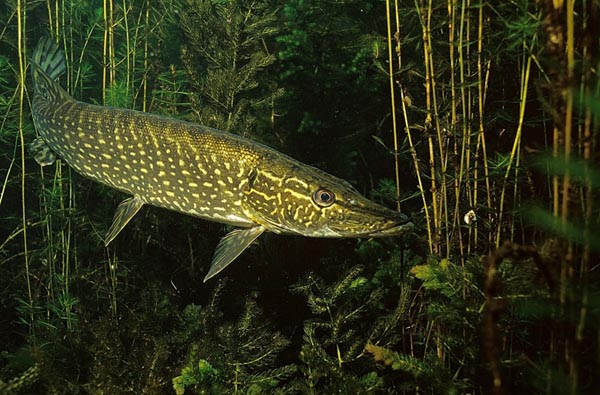 TARGET: Ron Stevens was hoping to catch a pike on his doomed fishing trip

RON Stevens has contacted me from his home in Ashford to pass on a lovely story based on a would-be angling trip he experienced in 1942 whilst he was working as a Corporal Vehicle Mechanic serving with the Royal Army Service Corps in Feltham.

Ron recalls that his parents were living in Hounslow at the time and when he had the chance he would cycle from Hounslow, carrying his fishing tackle, and head over to Molesey Lock with his brother.

There, Ron would hire a duck punt and the pair would head upstream hugging the right bank up a backwater to a row of sluices and then cross to Ash Island where they would anchor and do a bit of pike fishing.

He says: “Any decent sized fish we would give to my mother to augment the wartime rations.” And I bet they were much appreciated, Ron.

He remembers one particular Sunday in February 1942 when, instead of his brother, Ron was taking a fellow corporal sheet metal worker from Feltham for a day’s fishing.

He recalls: “When we arrived at the lock we found the river in flood – but not to be disappointed we parked our bikes at the lock and loaded our luggage into the punt. Not only our fishing tackle but our rifles, gasmasks and steel helmets as well. 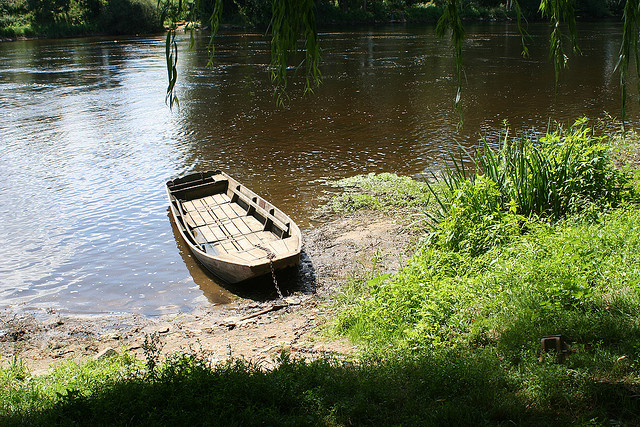 UNWIELDY: A punt is not the easiest vessel to control in a strong current

“We made our way upstream towards our favourite spot but when we came to cross towards Ash Island we were caught in a strong eddy that whisked us away past the weir. There was nothing we could do except hold on tight and pray.

“The punt was rocking madly as we were almost under the waterfall from the weir which created a trough about two feet deep on our right with turbulent water on our left.

“Strangely, all I could think about at the time was the impending court martial for losing my rifle!”

Fortunately for Ron and his mate, they were eventually swept past the weir and almost all the way to Hampton Court before they regained control and made their way laboriously back to the lock and eventually to home.

It’s a great story, Ron, and I’m pleased to learn you didn’t actually lose anything overboard. Bet your mate wasn’t in a hurry to go fishing again for while…

I’m grateful to the good folks from Spelthorne Talking News who forwarded Ron’s letter to me – I was delighted to learn that Riverwatch frequently features in the wonderful service of spoken excerpts from the Herald and News that this organisation provides for the visually-impaired.

I’M STILL getting feedback about the practice of prize fighting which seems to have been prevalent in our area in years gone by. Of possible interest to readers might be a CD that contains a potted history of Shepperton, which was professionally recorded back in 1991 by a group of local residents. One of the people behind it, Bill Rawcliffe, tells me that the recording contains good descriptions of some of the fights that took place. He’s happy to provide copies of the hour-long CD – which is very high quality – at a cost of £5 if it is collected from his home or £6 if it has to be posted All profits will go to the St Nicholas Church rebuilding fund.